Sir Edwin Lutyens’ War Memorial in the Memorial Gardens in the centre of Norwich underwent a major programme of restoration between 2009 and 2010. Skillingtons had initially been bought in by the City Council to give pre-tender advice on the conservation of the bronze adornments, and were subsequently appointed as specialist sub-contractors to carry out this work.

There were four smaller flagpoles, complete with wreaths in various states of survival, flambeaux urns and bases for two larger flagpoles with wonderful friezes cast in relief around their sides. All but the latter had originally been gilded.

All were carefully removed to safe and secure storage to allow others to carry out repairs to the stonework, and reinstated on completion.

We replicated three out of four of the wreaths belonging to bronze flagpoles, casting in bronze and gilding to match the original. Due to metal fatigue the flambeaux urn bases were removed and renewed in bronze, and finally gilded. The city crest was also repainted and gilded with authentic colours to match the original. The two larger flagpole bases were cleaned and waxed. 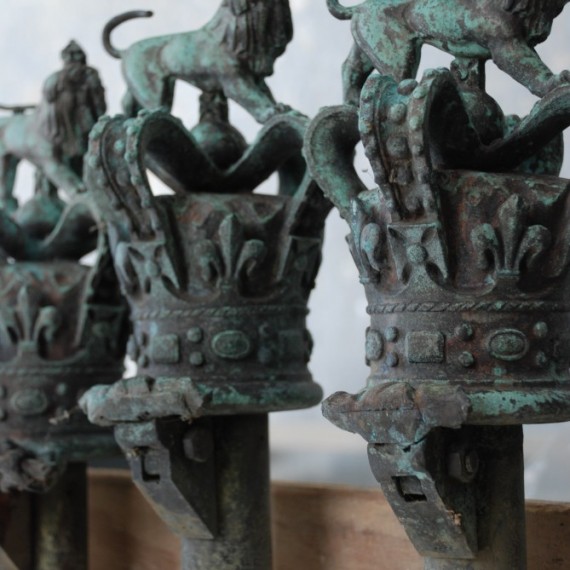 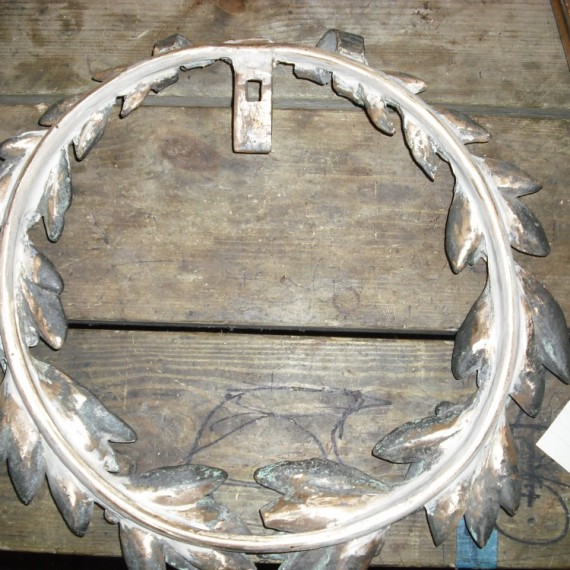 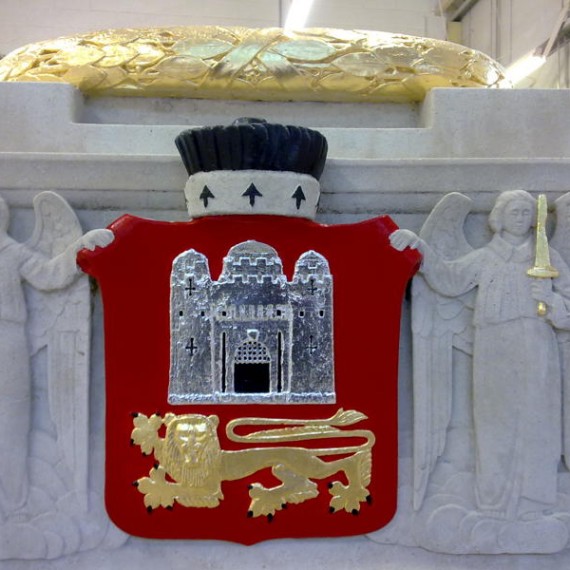 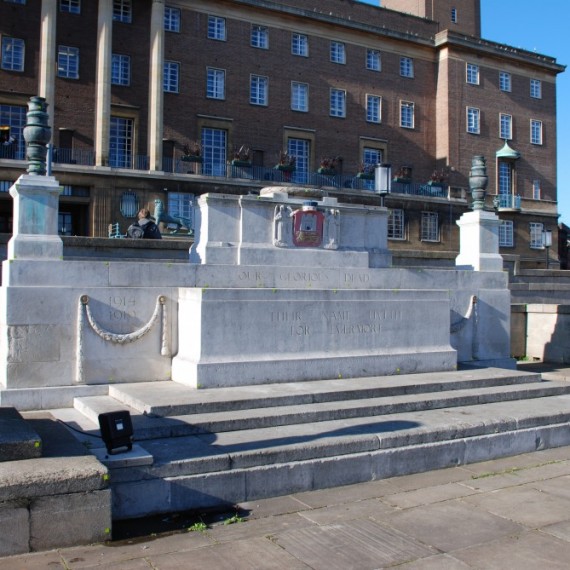 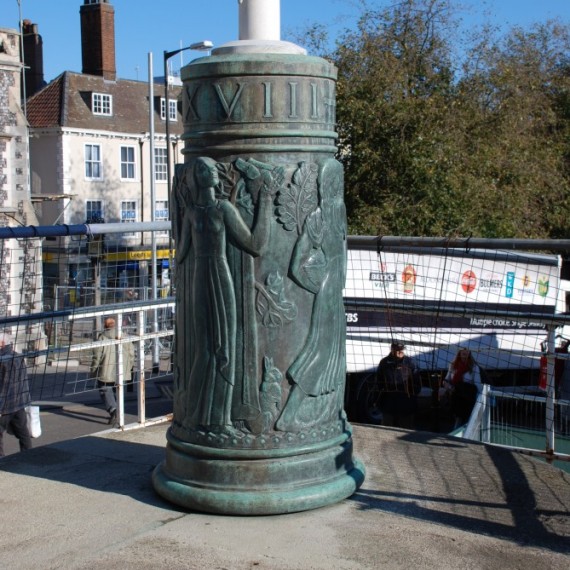 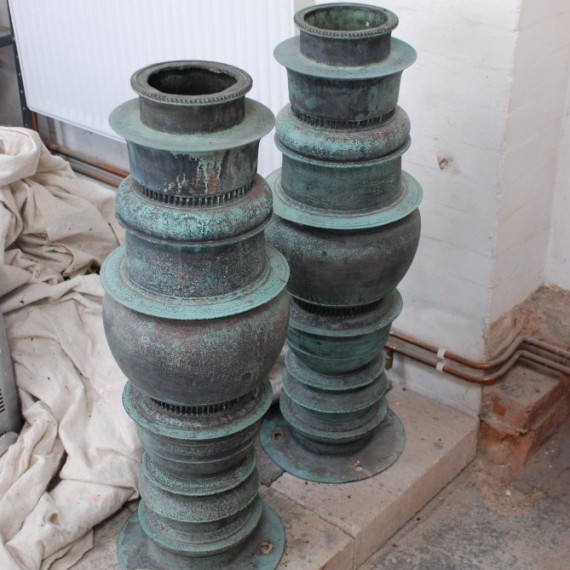