January 22, 2015 by Tony in Traditional plasterwork

Nikolaus Pevsner in his Buildings of England volume covering Rotherham says of the town ‘memorable buildings are lacking except for the parish church’ and ‘there is not enough of note to justify a conducted tour’ – but the recent refurbishment of The Three Cranes Inn on the High Street, where we have been specialist plastering sub-contractors, serves as a reminder that all is not necessarily as it seems from the outside.

The Three Cranes, with two gables to the street front, ceased to be an inn in the early 20th century, and was once a much larger (four gabled) building. Although there is not much sign of it on the ground floor, at first and second floors the 15th century and later timber frame starts to become much more obvious. The front façade was until recently covered in a hard cement render. Inside there is a large section of thick clay daub ceiling, including the remains of a 15th century dais canopy at the end of what would have been the great hall.

The current façade however, in its gabled and jettied form, is thought to date to about 1600. Thus it is the most important secular historic building in the town, listed grade II*.

Skillingtons have been responsible for the conservation and restoration of lime plaster finishes to walls and ceilings internally, and for plastering to the front façade. Externally at first floor level we have reinstated infill panels to the timber frame. There was clear evidence of the frame having originally been exposed, as it is again now, but with the plaster being formed on fissile sandstone slips set within grooves within the frame.

This can only have been done as it was built up from the ground, so where the stone had been lost we restored the infill on riven hardwood lath.

We also repaired the daub to the dais canopy where it had been lost, using reclaimed material and finished with a skim coat of lime putty plaster to match the surviving original.

What we particularly liked about the daub was the way in which it had been built up on whatever timber could be found for lath and shuttering, including re-used barrel lids and bases. Very appropriate for an inn! It’s quite a surprise to find 15th century barrel lids intact within a daub ceiling! 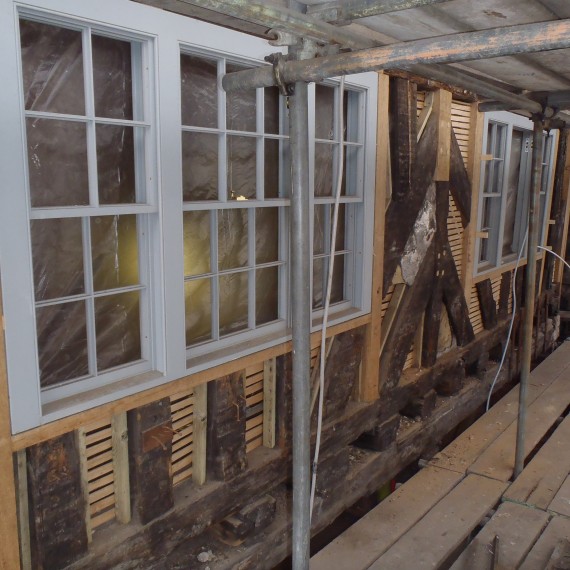 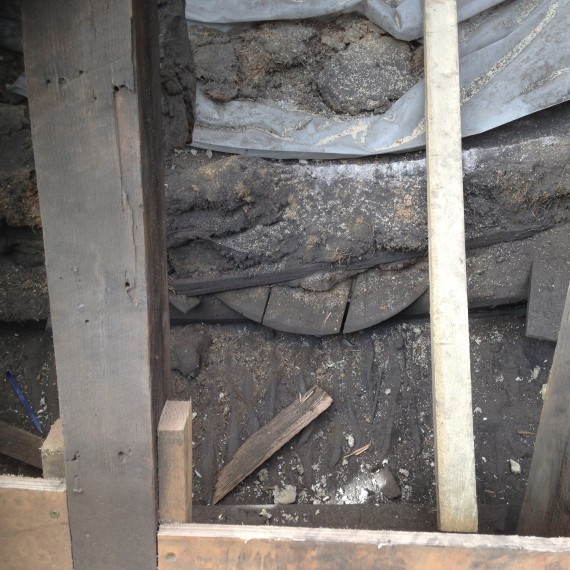 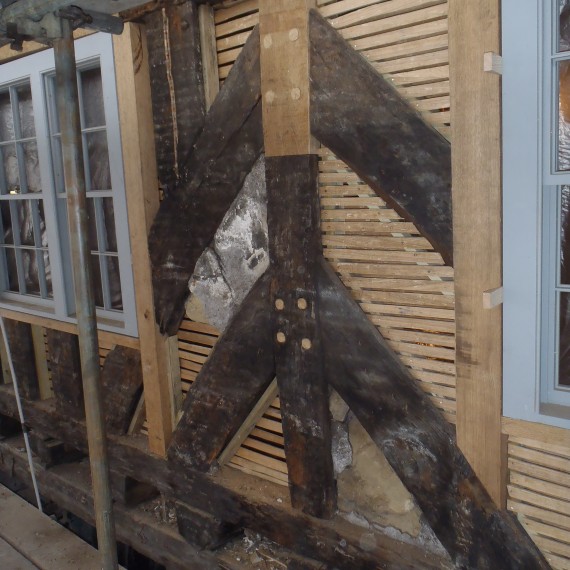 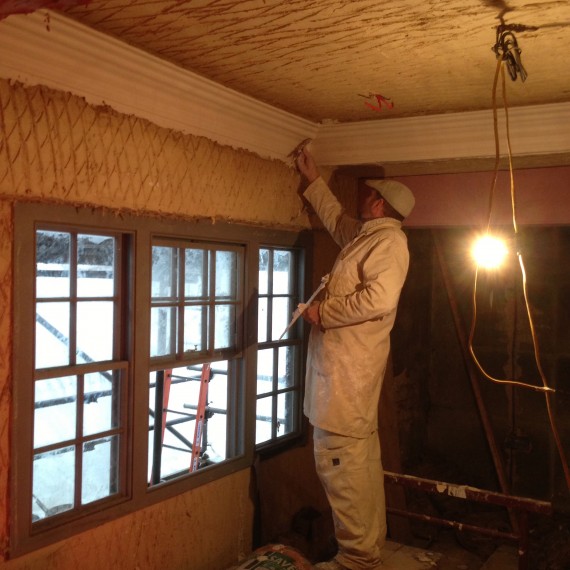 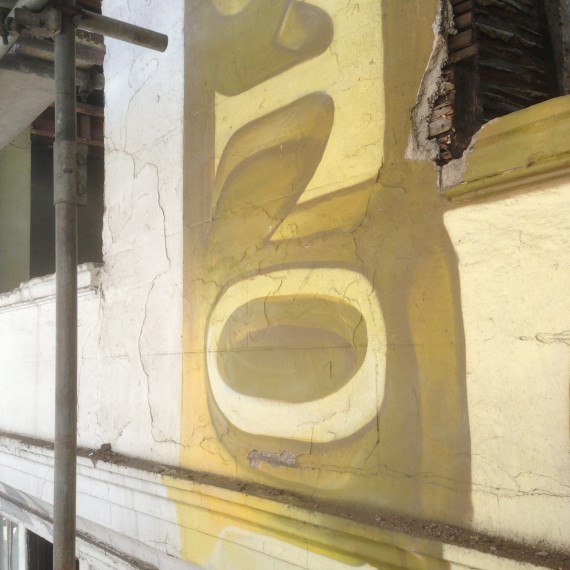 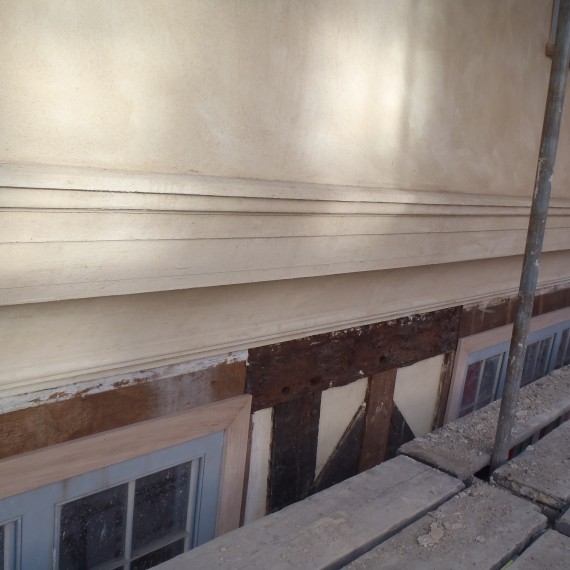 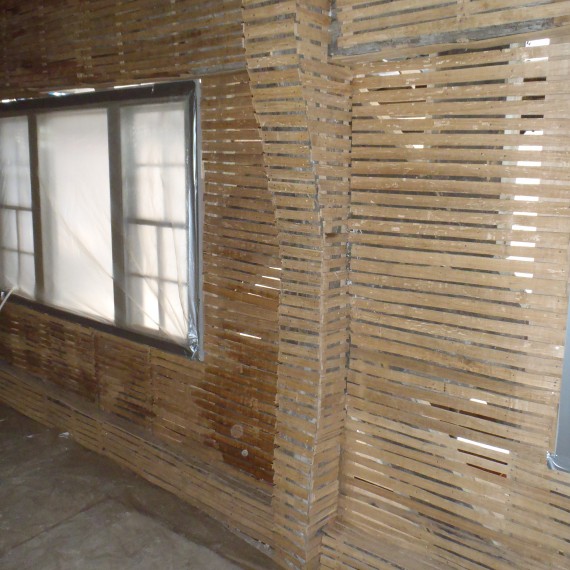 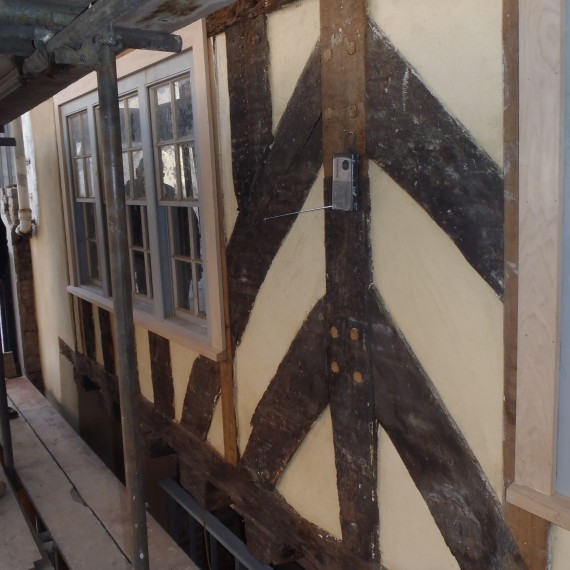 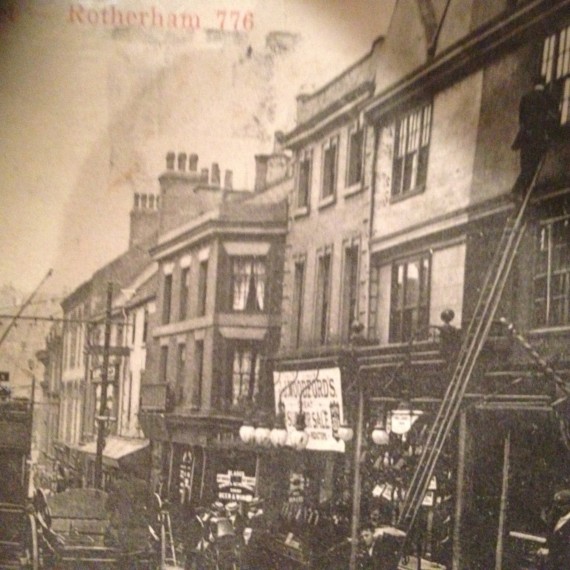