February 13, 2020 by Tony in Sculpture and decorative arts

Queen Eleanor of Castile, wife of Edward I, died of a fever at Harby (Nottinghamshire) in 1290, from whence her body was taken to Lincoln. Edward, deeply affected by her death, erected crosses at each of the 12 resting places of her funeral procession from Lincoln to Westminster. Her viscera were buried at Lincoln, her heart at London Blackfriars, her bones in Westminster Abbey.

Of the 12 original crosses three survive in anywhere like complete form, at Geddington, Hardingstone (Northampton) and at Waltham. All are of absolutely outstanding importance and beauty, but in our opinion the Hardingstone, or Northampton, Cross is the best of all! Built in the early 1290s of a combination of local limestones, Purbeck marble (probably – none survives), and for the four statues of Eleanor, Caen stone.

There is a history of decay, repair, restoration and conservation almost as long as the history of the Cross. The top is recorded as having been lost by the time of the Battle of Northampton in 1460 – the cross stands at the edge of the battlefield, and at least ten programmes of work are recorded since 1713 – most recently using lime-based conservation repairs in 1984, a methodology similar to what had recently been developed at Wells Cathedral.

Skillingtons won a tender as main contractors for a major conservation project in 2019. Although much needed this is just another chapter in the history of the Cross, and doubtless another programme of repairs will be required in around 25 or 30 years’ time. In the meantime there is a rigorous maintenance plan in place organized by our clients and the custodians of the Cross, Northampton Borough Council, in conjunction with Historic England, English Heritage and the architect for the present works, Henry Sanders of Acanthus Clews.

We had the Cross shrouded in scaffolding for much of 2019 whilst we carried out more survey and investigation work, a small amount of stone replacement, some structural pinning, and extensive repairs using lime in a way not dissimilar to that used successfully in 1984. The stones we replaced were generally themselves 18th or 19th century replacements, and were only replaced as a last resort and where they performed an important structural or weathering function. The stone was chosen to match the original Weldon rather than previous replacements in Ketton stone. As part of the pinning we surgically extracted heavily corroded historic iron ties and replaced them with stainless steel, all in consultation with the structural engineer.

One difference from the 1980s work is that we didn’t carry out a blanket clean of the Cross – we only cleaned where absolutely necessary to carry out repairs, and avoided the unnecessary use of biocides.

Upon completion of the conservation project the Cross looks in much better condition but not ‘brand new’ and of course there will need to be a little weathering in of new repairs before the appearance is completely homogenous again. This is all part of the natural cycle of the conservation of this wonderful monument. 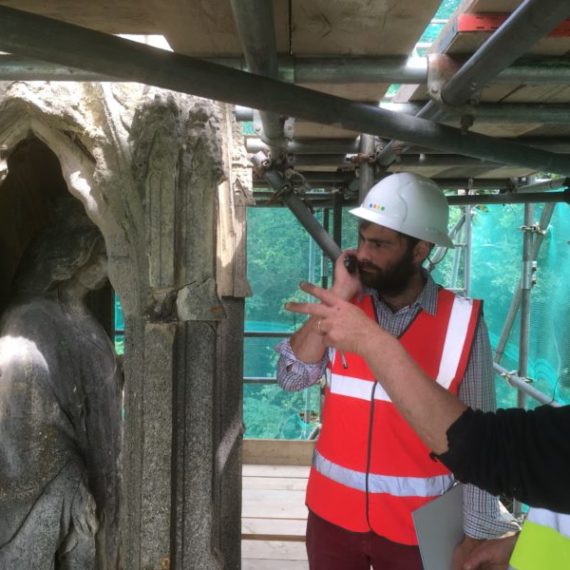 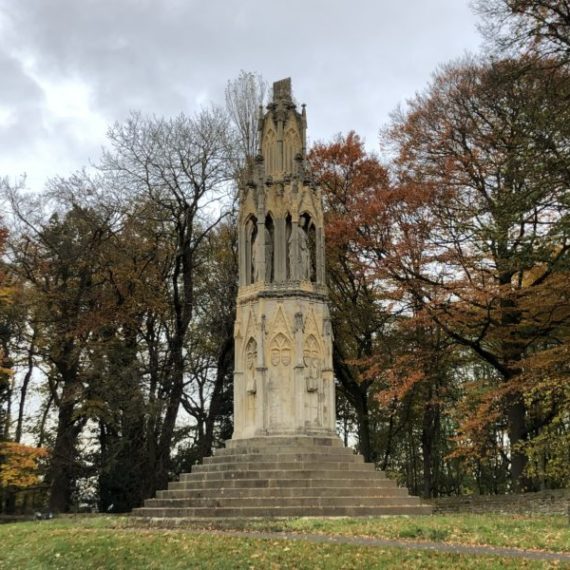 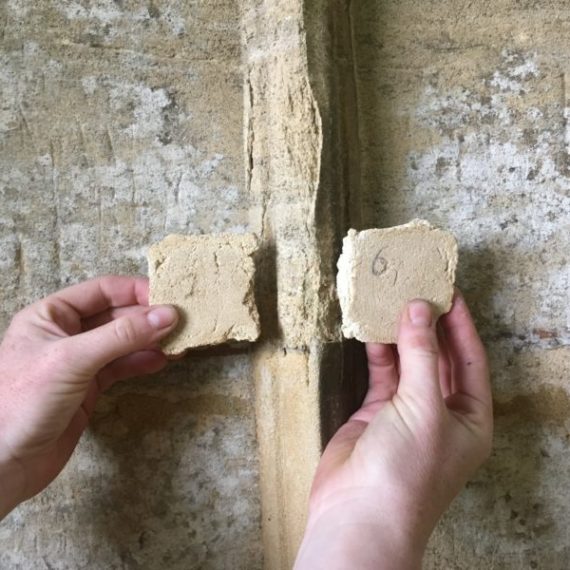