St Alban’s Cathedral – Restoration of the Shrine of St Amphibalus

October 01, 2019 by Tony in Building conservation

Shrines were focal points of medieval cathedrals, housing relics of saints and attracting pilgrims from far and wide to pray for forgiveness. Most English shrines were severely damaged or destroyed during the Dissolution and Reformation, as was the case at St Albans where the shrine of St Alban himself (dating to circa 1302-8) and of St Amphibalus (circa 1350). The fragments of the broken up shrines were used to block up an archway, to be re-discovered during George Gilbert Scott’s restoration of the Cathedral in 1872.

The shrine of St Alban, behind the High Altar, was restored in the early 1990s. That to St. Amphibalus – the early Christian priest credited with converting St Alban – remained looking rather forlorn in the North Ambulatory, where it had been reconstructed (for the second time) in the early 1900s. Where the original Totternhoe clunch or Purbeck marble was missing crude brick infill was used, and recent investigations had shown that the reconstruction was not altogether accurate. What carvings do survive though are of the highest quality and retain extensive medieval colour.

Early in 2019 Skillingtons won by competitive tender the contract for the restoration of the shrine, and its rebuilding in a new location in the Chapel of the Four Tapers. Shrines might be structural comparable to many medieval funerary monuments but they are functionally very different and the purpose of the restoration is in part to provide a focal point for today’s pilgrims. As such the works have more of a slant towards restoration of missing elements in new stone to match the existing, and the reinstatement of a missing panel at the east end, than the typically much more conservation-based approach to tomb monuments. This presents a really exciting opportunity for new carving, which we are doing with Alan Micklethwaite and Martin Coward in clunch and in Purbeck marble. The dismantling of the shrine, which is nearing completion, has been a challenging archaeological task as much as anything, gleaning as much as we can of the original setting out. Everything has to be done with great care to ensure there is no damage to the medieval paint or the very fragile and ornate carvings – all pieced together in extremely hard Victorian cement!

The project, which will take about a year and is part of a Heritage Lottery funded project Alban, Britain’s First Saint, is highly prestigious and the Skillingtons team are delighted to be undertaking it. We will provide updates in due course! 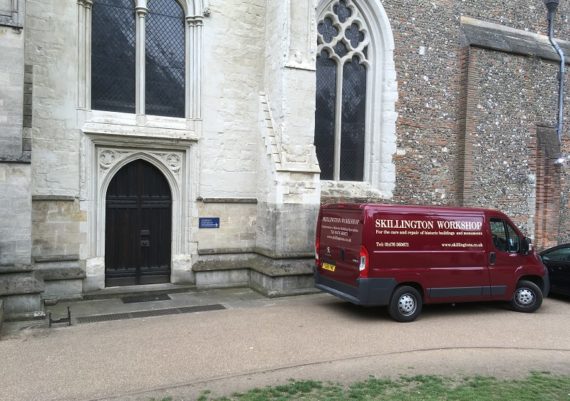 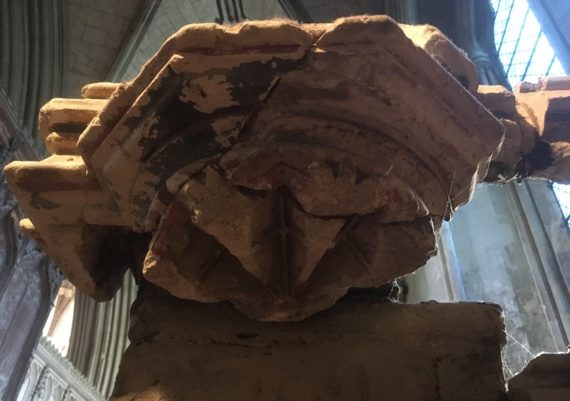 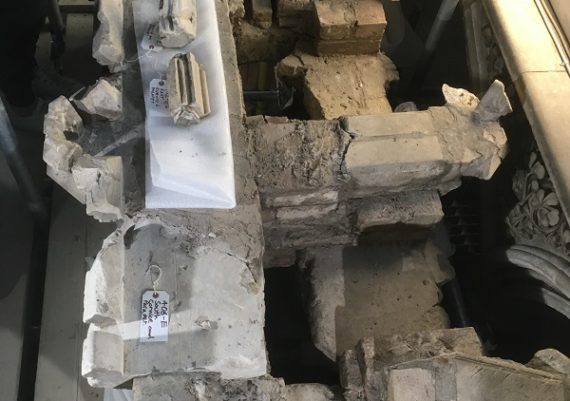 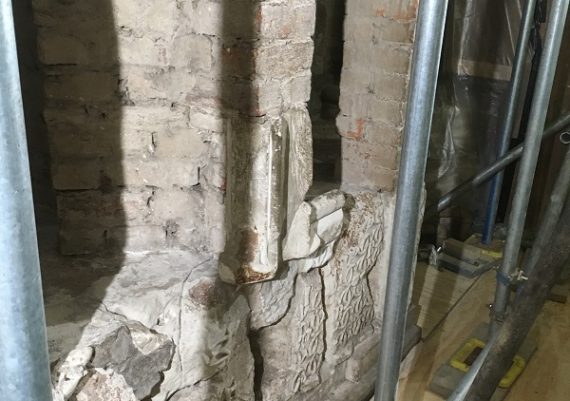 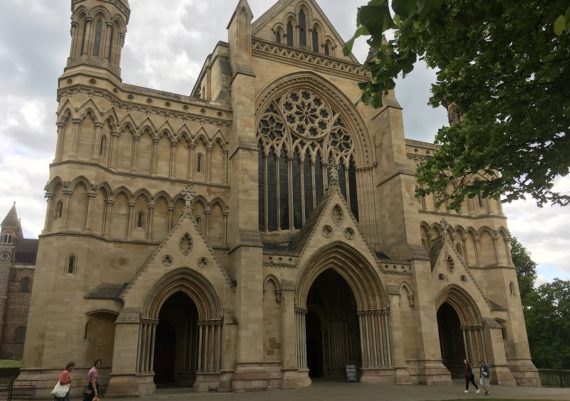