May 01, 2014 by Tony in Traditional plasterwork

Lowther Castle, in Cumbria, is the seat of the Earls of Lonsdale. The present castle is largely the work of Robert Smirke and dates to circa 1806-1813. Some remodelling of the Castle including the addition of a Sculpture Gallery was done in 1866, and the Stable Courtyard was remodelled in 1893 when the Kaiser visited. By 1957 the Castle had been stripped of its roof as well as contents and soon fell into a perilous state. A major programme of repair commenced in 2004, with Skillingtons winning a sub-contract tender in late 2010 for the plasterwork part of the restoration of the Stable Courtyard to new visitor facilities as well as office suites.

This work, carried out during 2011-12, involved huge areas of internal lime plastering onto masonry walls and lath and three-coat lime plaster to ceilings – new work as well as patch repairs. We also matched closely a proto-cement external render from the 1890s, using an NHL5 hydraulic lime and carefully selected sands, for the restoration of lost areas of the lined-out exterior render.

The sculpture gallery had an ornate rib-vaulted gothic ceiling in a state of partial collapse, which we sympathetically conserved, stabilising what survived where it was needed, and restoring missing areas using similar methods to the original, including running solid lime plaster rib vaults in situ.

Most of the plaster in the Castle itself had however been lost when the roof was stripped. Some areas of harl were uncovered from earlier phases of external wall, but generally it was the remains of plain lime plaster to some of the internal walls. Where this was of greater archaeological significance we stabilised it in situ by means of grouting, consolidation, and edge filleting, all to a specification prepared by our conservators for the client. 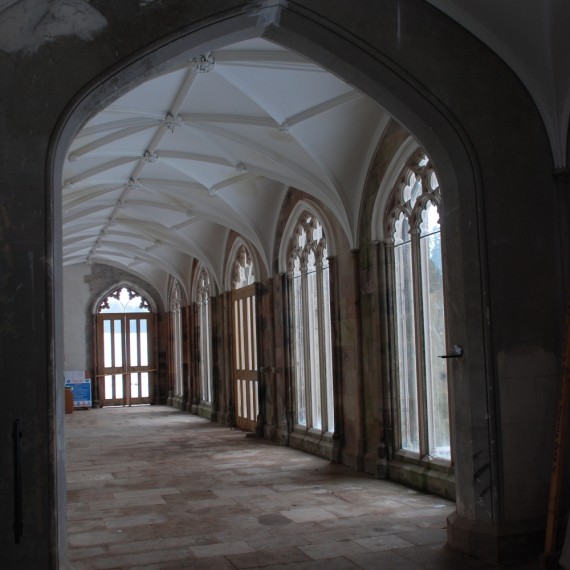 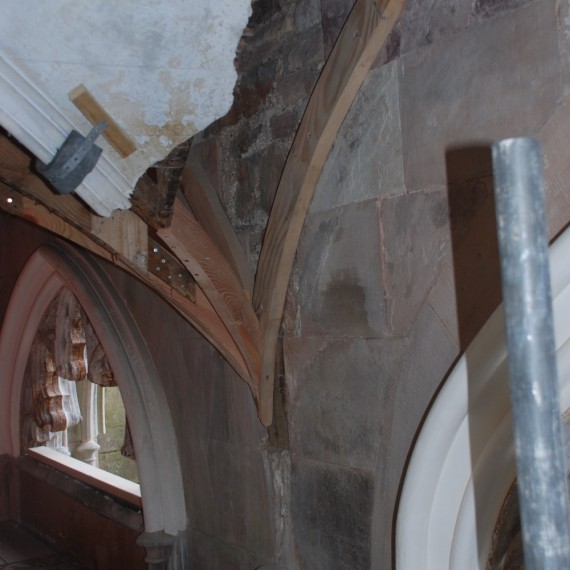 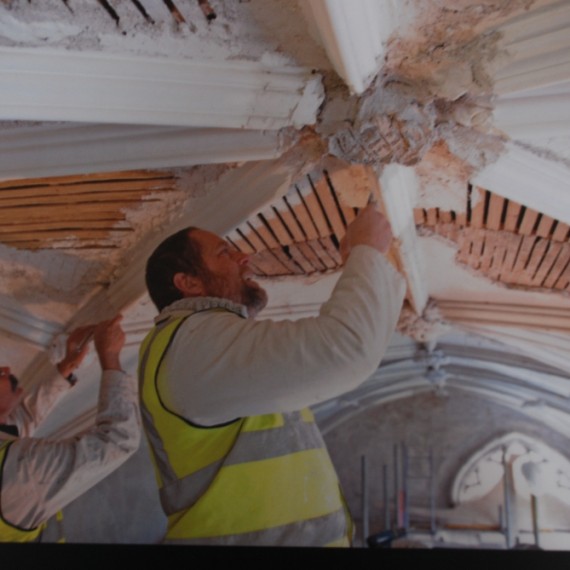 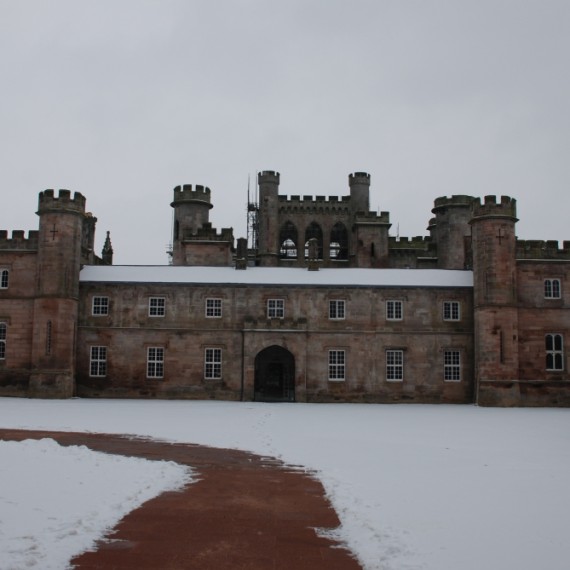