Bentley Hall is a grade II* 17th century house in Derbyshire, in private ownership. In September 2006 it was gutted by fire leaving large parts of the house structurally unsafe and with a collapsed roof, not to mention saturated with water. The insurers liaised with English Heritage, who recommended that Skillingtons were bought on board to deal with emergency works to several very fine decorative plaster ceilings of circa 1660, which had remarkably largely survived the fire but were critically unstable.

Further investigation revealed that a canted stone bay to the front of the house was on the point of collapse, and we were asked to partially dismantle and rebuild this as well as carry out emergency works to the ceilings.

One thing led to another, and we ended up successfully tendering for the management contract for the complete repair and renovation of the property. This complex project was finally completed in July 2008, our contract value being well in excess of £1M.

All stonework, brickwork and plasterwork, and much of the structural timberwork was carried out by our own employees, with scaffolding, roofing works, new carpentry, glazing and all M&E work being sub-contracted. We were particularly pleased to be able to bring Hugh Harrison on board to conserve the wonderful six-flight Jacobean staircase, retaining as much of the original fabric as possible.

Everybody was delighted with the project – in the words of Dr Mark Askey (Derbyshire Dales DC Conservation Officer) speaking for the Conservation Advisory Forum after a site visit, “All members who attended site …were very impressed by the quality and care that has gone into the repair of the house”.

To view the gallery, simply click on an image. Once open you can also run a slide show of all gallery images for the Buildings Projects section. 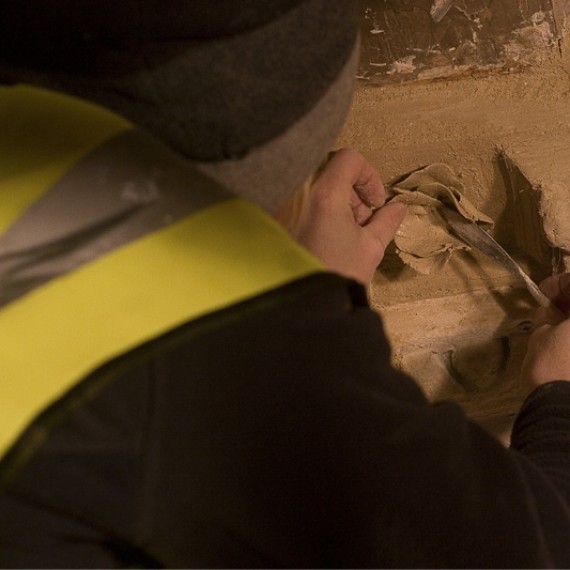 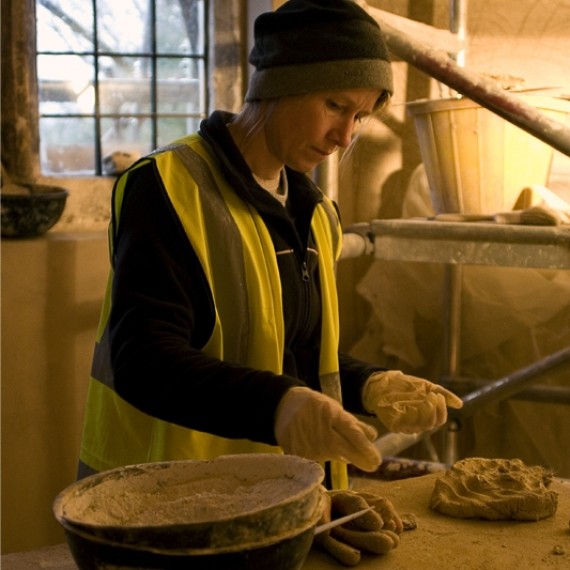 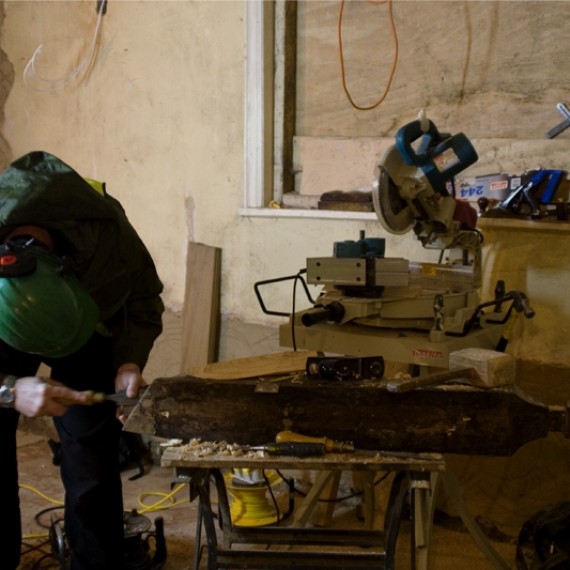 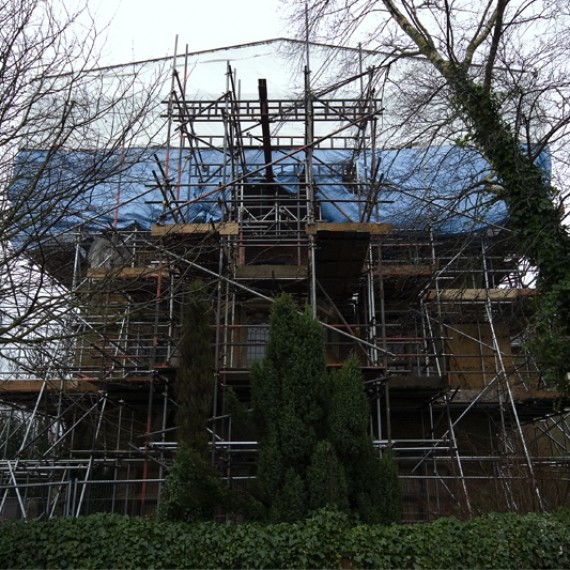 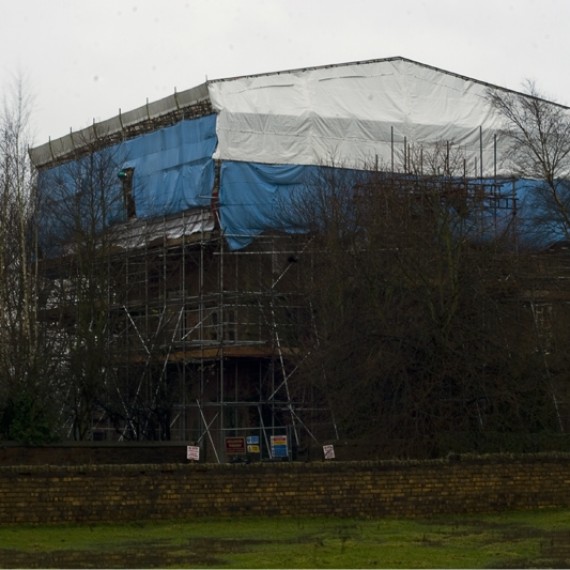 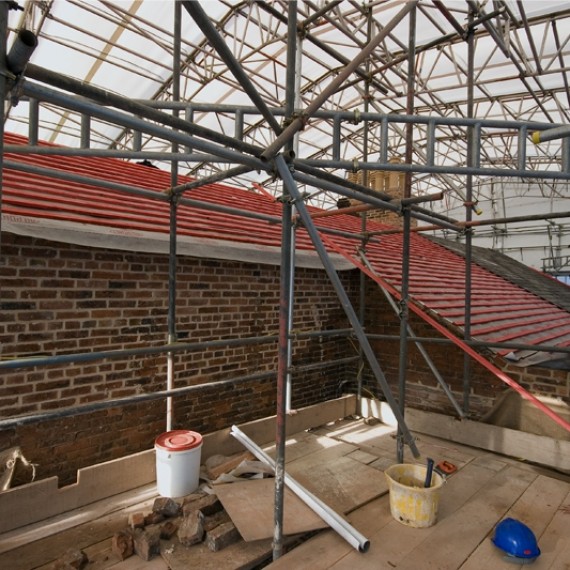 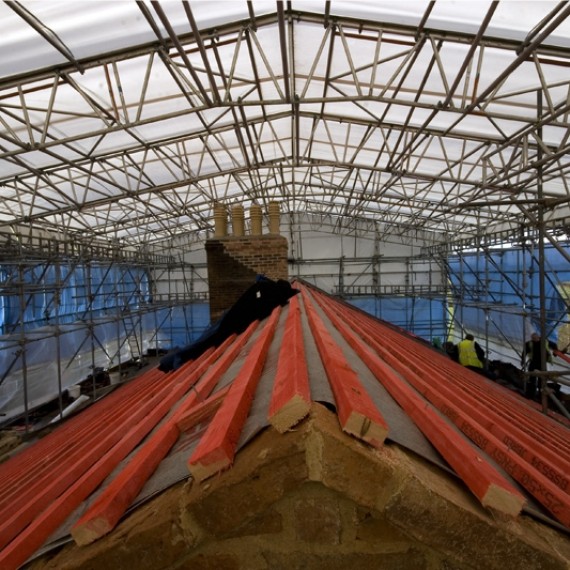 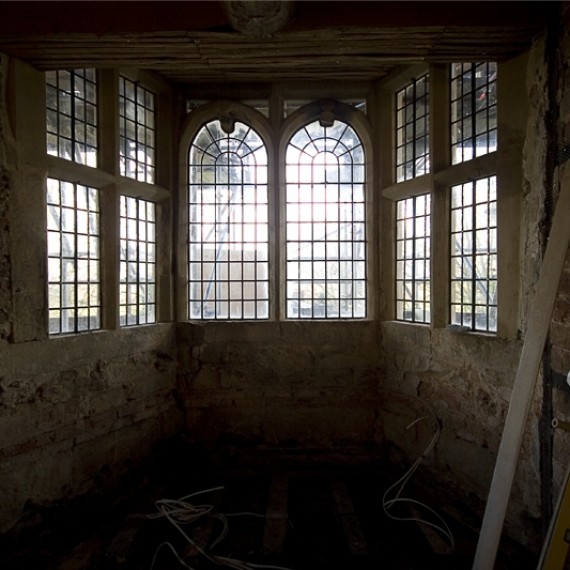 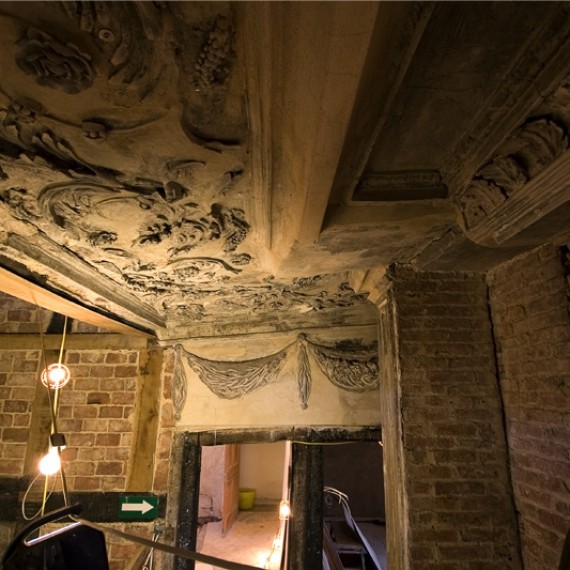 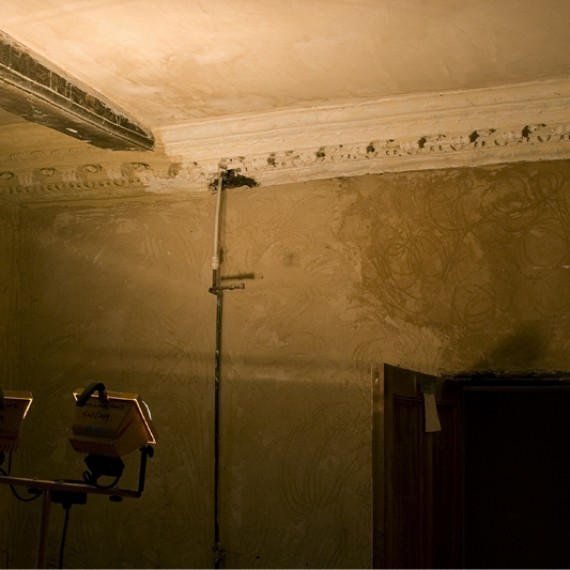 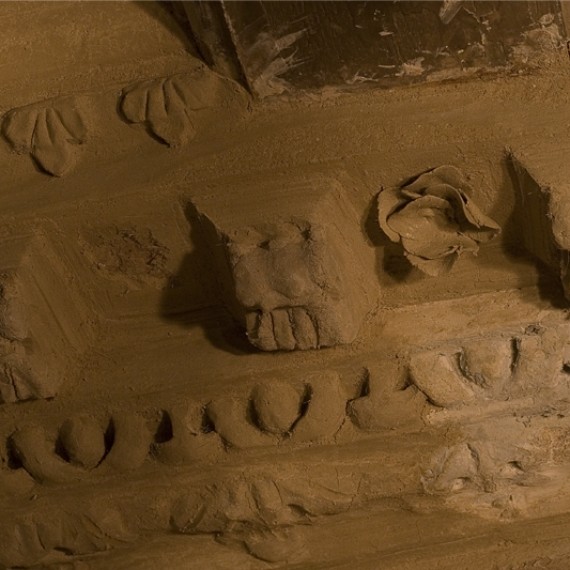 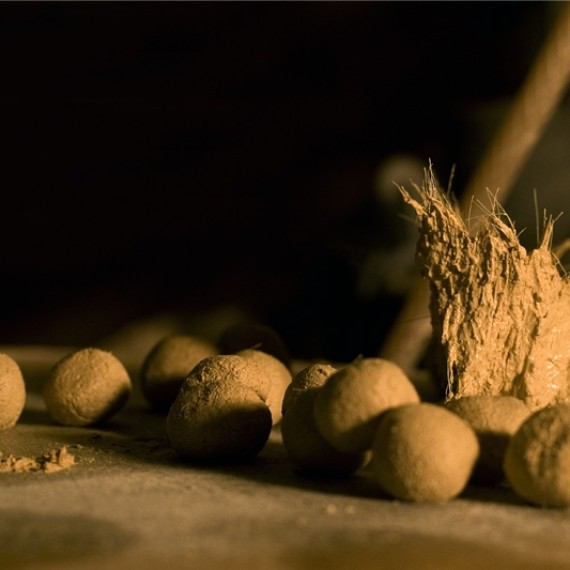 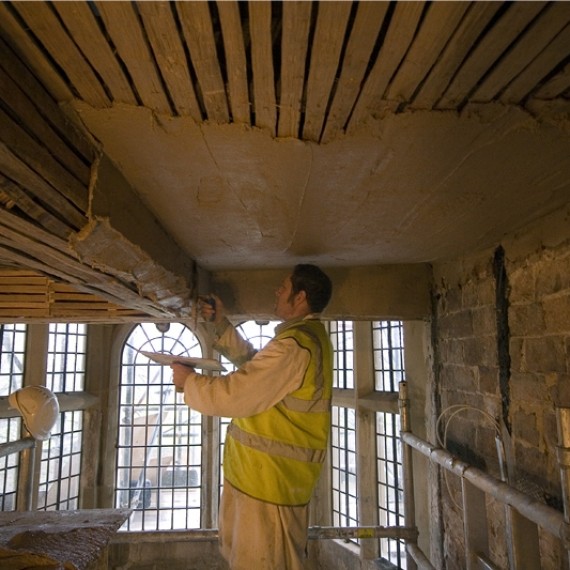 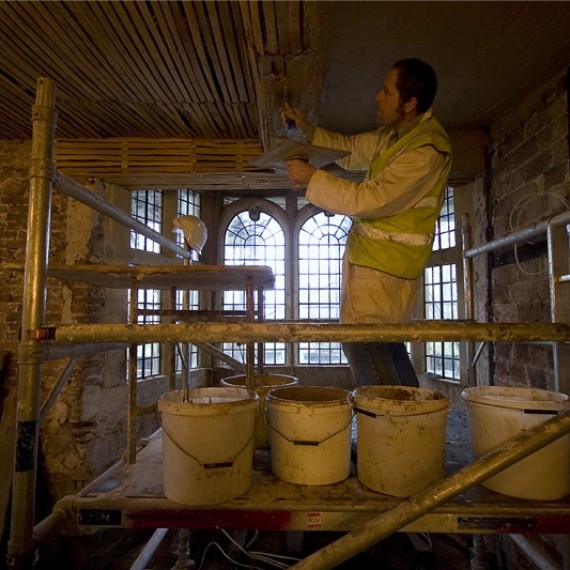 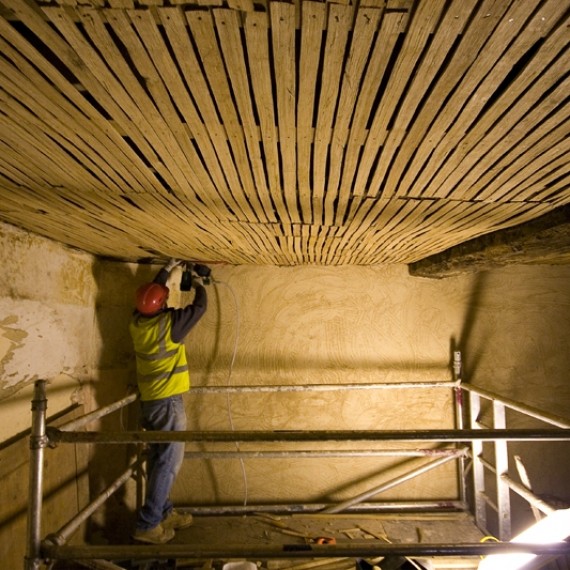 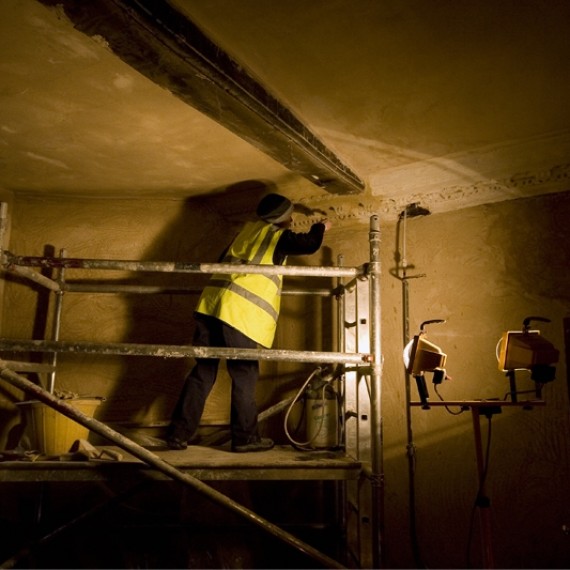 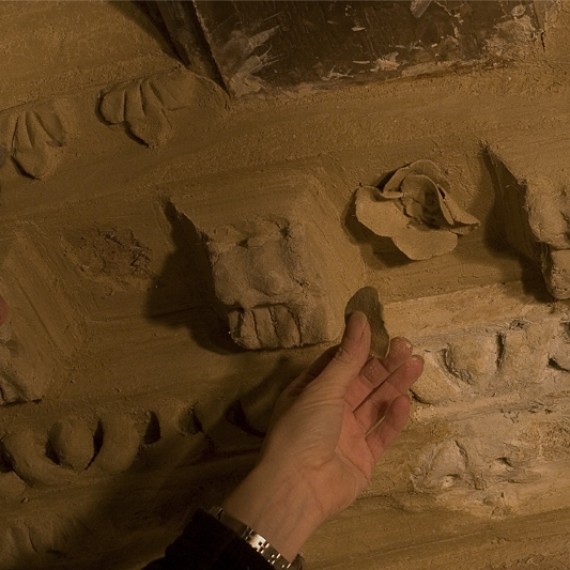 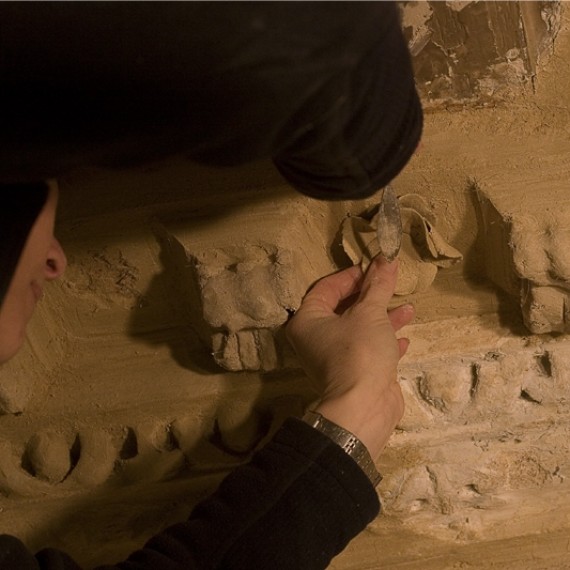