The gardens at Anglesey Abbey were created between 1930 and 1966 by Huttleston Broughton the former 1st Lord Fairhaven, and may be regarded as one of the great landscape garden achievements of the 20th century. Now primarily in the care of the National Trust, Anglesey Abbey and its gardens are also home to a fine collection of garden statuary.

Skillingtons were invited to tender for the conservation of a variety of architectural and sculptural items during autumn 2013, and carried out awarded works shortly after.

Notable projects included in our contract were The Wrestlers, Hercules and Anteaus on the Wrestlers Lawn, and Narcissus by sculptor William Theed the Younger. The Wrestlers involved complete dismantling and rebuilding along with the installation of a new foundation; relaying of the slab pavement onto a lime screed, and last but not least a range of conservation cleaning and repair methods.  In order for this particular project to run smoothly a designed scaffold was erected spanning the entire sculpture and pavement area to enable the work to progress unimpeded.

The sculpture of Narcissus and pool within the Narcissus Garden were cleaned utilising a variety of gentle cleaning techniques including poulticing to reduce sulphation. The pond masonry and plinth were cleaned with the DOFF system.

Minor works included the repolishing of an inscription to remove scratched graffiti on the pedestal to David inThe Temple; cleaning and sheltercoat of limestone sculptures in the Bishops Walk and security fixing. 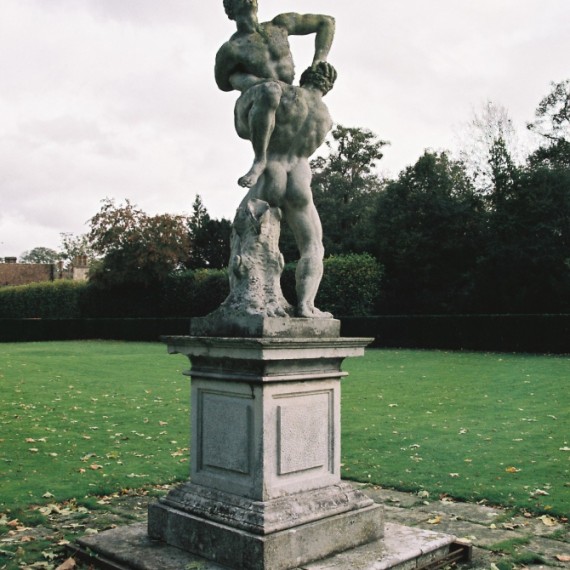 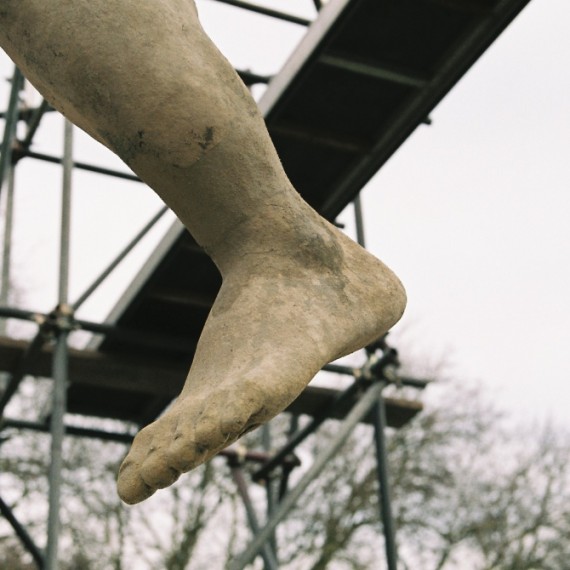 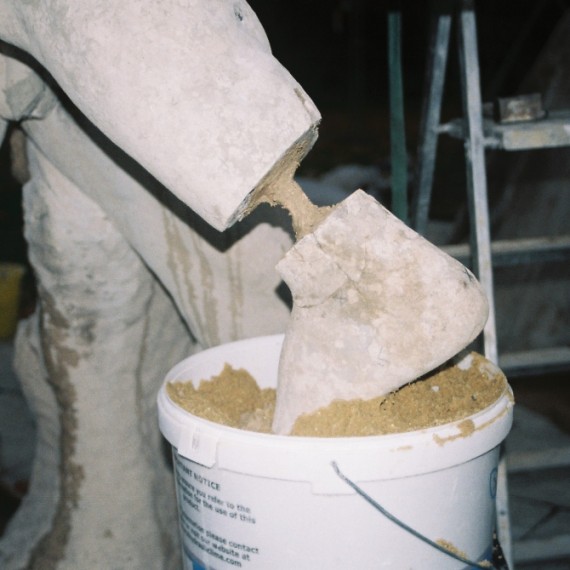 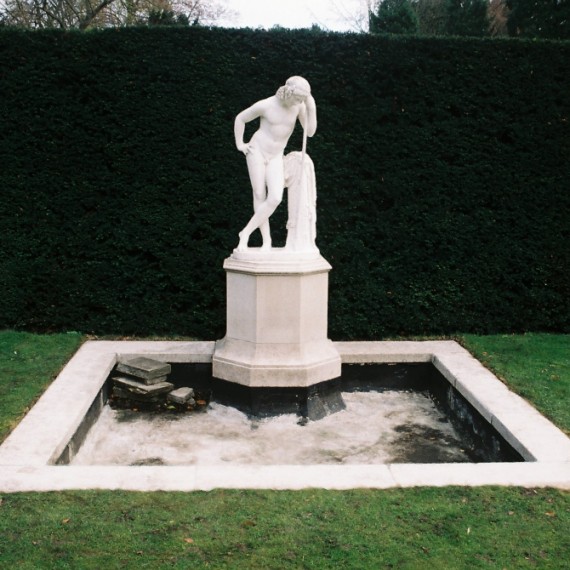 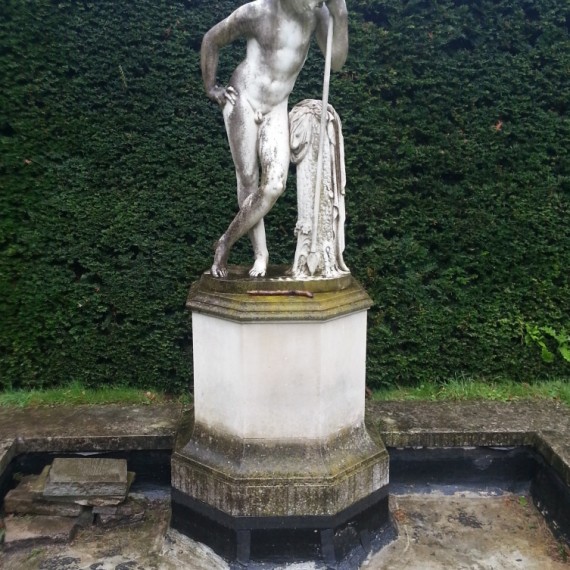 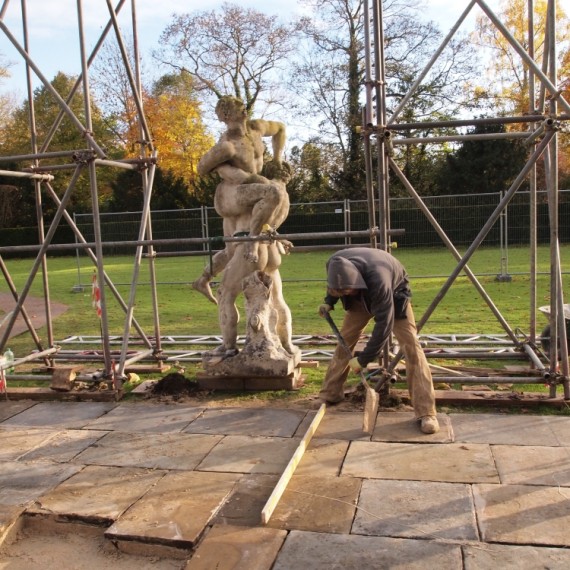 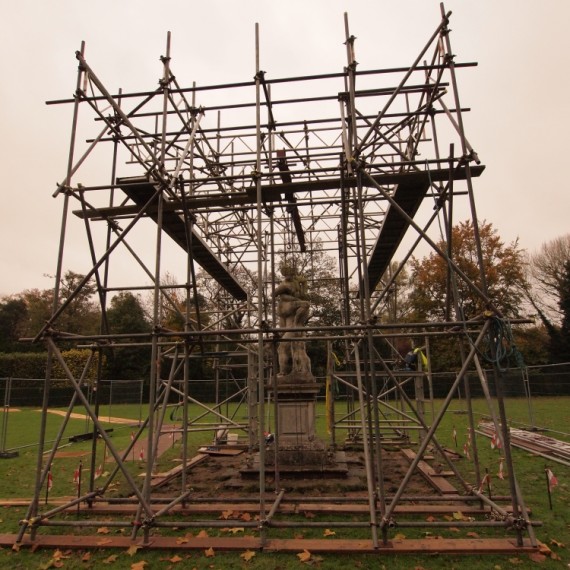 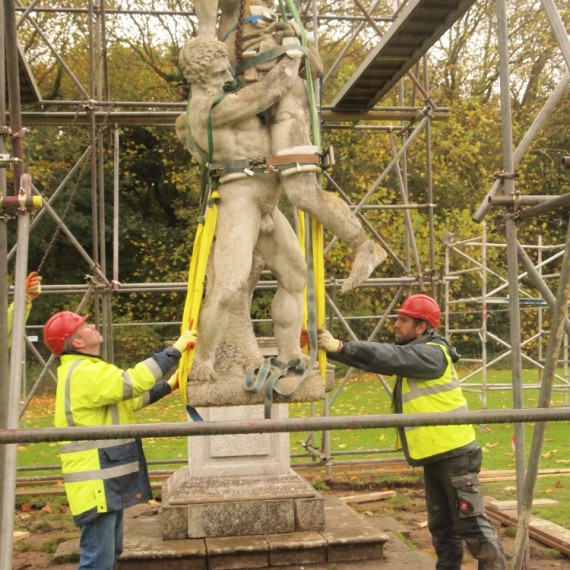 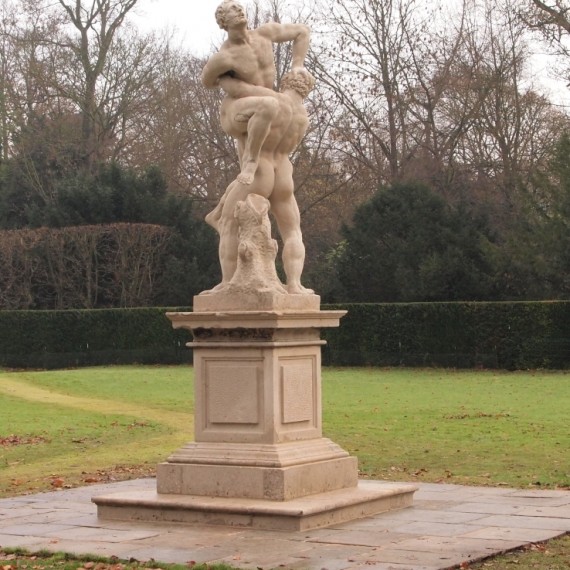